Mayan Mysteries: Description of Altar I

Description of Altar I

On this altar, we can appreciate two very well adorned human forms in Buddhist positions, one to the right and the other to the left. They hold scepters of command with one hand that aims upwardly, and the other hand is downward.

In the center of the stone between the two figures there are some Mayan symbols, among which the Cross of Saint Andrew is notably shown. We already know very well what that cross and the two figures on each side signify. They correspond to the two witnesses, the two colossuses of Rhodes, the eagle and the fox, etc.

This stone in itself could have been used as a stone for sacrifices, not of humans, but of animals offered to the holy gods. 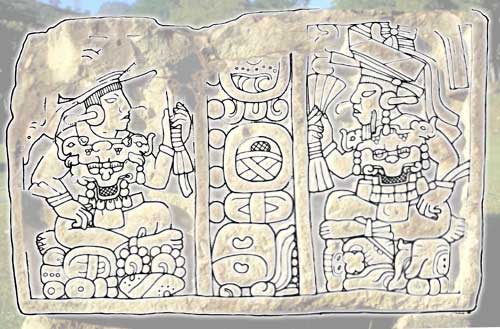